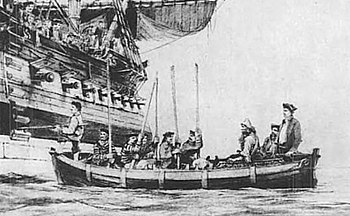 311 years ago on 2 February, 1709, a sailor named Alexander Selkirk, the realistic version of the fictional Robinson Crusoe and the one who inspired Daniel Dafoe to create the same, was rescued from an uninhabited South American island after 4 years of being a shipwreck.

Selkirk was a Scottish youth born in 1676 and joined a sailing expedition to the South Americas as was considered adventurous in those days. During the course of the expedition in 1704, following a disagreement with his senior Captain Stradling regarding the viability of their ship, Selkirk insisted that he be rather left on the uninhabited island of Juan Fernandez off the coast of Chile rather than continue his journey onward in the perilous ship. Stradling agreed and left him on the island with nothing but a musket, knife, cooking pot and some other things.

As Selkirk had predicted, the ship soon sunk near the coast of Colombia. Four years later, when Alexander Selkirk was rescued from the island by another sailing mission, Selkirk's story was a great inspiration and celebration back home in England. Inspired by his story, Daniel Dafoe later wrote the popular adventurous novel, Robinson Crusoe.